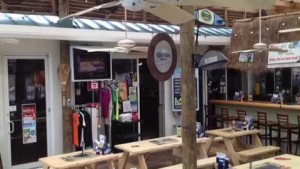 Each Long Doggers seats about 75 people (Viera is about 125), serves beer and wine, but no liquor. We’re very family friendly and many local running and cycling events start (…and end!) at our restaurants!